Which Course is the Best for Real Estate after 12th in India? 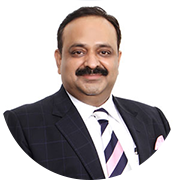 “Affordable housing will remain at the center stage.

More units in this segment will be launched & more developers

will be seen entering this segment.”

The Indian real estate industry entered the year 2017 under the shadow of demonetization. This process had temporarily crippled the sector, especially the unorganized part in tier-2 and tier-3 cities by removing the liquid capital on which the businesses relied heavily upon. Also, the industry was getting ready to exist under the regulated framework of RERA rules and therefore the mood of the industry which was already facing a slowdown for the past few quarters was not very upbeat in January 2017. There was however a hope that all these policy level changes will benefit the sector in the long run.

As RERA bill passed in March 2016 and then Benami Transactions (Prohibition) Amendment Act 2016 came into effect from November 2016, it started becoming evident to the real estate industry that government is serious on cracking down on the fraudulent practices which had strangled the sector for the past many decades. Due to such practices, there was a general lack of investor confidence and trust deficit among the buyers towards the real estate sector in India. These efforts to make the real estate sector more organized, accountable and transparent were therefore welcomed by the organized industry players. 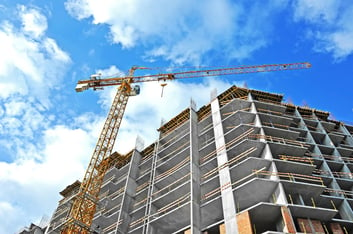 First ray of hope that came to the real estate sector in 2017 was the imparting of infrastructure status to affordable housing.  Infrastructure status has ensured easier access to institutional credit which will help in reducing developers’ cost of borrowing for affordable projects. Further push was given to affordable housing throughout the year like the definition of affordable housing was changed under the Housing for All scheme on the basis of carpet area from built-up area. Time period for project completion was increased from three years to five years and credit-linked subsidy scheme for middle income groups was launched to cover a larger customer base. Further different PPP models were introduced by the government to rope in private developers in the construction of affordable housing in India.  As per a report by Cushman & Wakefield, all these incentives resulted in an increase of 27% (Y-O-Y) in the number of affordable housing units launched till October 2017.

Another important development that impacted the real estate in 2017 was the implementation of GST that came into effect from 1st July 2017. GST would be applicable on under construction properties and would be taxed at 18%. The government has allowed deduction of land value equivalent to one-third of the total amount charged by a developer, thus, making the effective tax rate as 12%.

Impact of RERA on Real Estate

RERA act was introduced to address the issues of delay in timely delivery of projects as promised and other fraudulent representation due to lack of transparency. The major impacts of RERA that were observed are:

Investment in Real Estate in 2017

On investment front, Private Equity (PE) investment in Indian real estate saw a considerable increase. Private equity investment in India's real estate sector was estimated to rise by 30 percent to $4 billion in an earlier report published this year by Knight Frank. The big boosts given to the sector in the form of the Real Estate (Regulation and Development) Act (RERA) 2016 and the Benami Transactions (Prohibition) Act are being credited for improving the investor confidence and bringing private equity investors to invest in Indian real estate sector.

2017 was not a good year for residential real estate sector. This sector was already under pressure from the inventory overhang and lack of trust among the customers. Further, the troika of demonetization, RERA, and GST did not help in the recovery of the market. A recent research report published by ANAROCK shows that this year the focus of developers was to sell the existing inventory and the result of this is a decline of 8% in the un-sold inventory in top 7 cities in India. Also, the number of new apartments added this year was half of the number added last year.  All these moves also kept a check on the residential apartment prices as they either did not show any appreciation or decreased slightly in some cases.

As per the reports from various international property consultants, the office space real estate market remained robust in 2017. The demand for Grade 'A' office space was been driven by technology companies followed by engineering, manufacturing, banking and finance, and co-working operators. Vacancy levels in some cities such as Bengaluru, Chennai, Hyderabad and Pune is around 5-10%, while pan India vacancy is at around 14-15%. The gap between demand and supply of good quality office space is keeping office rentals strong. A report from Colliers India suggests that about 90 million sq ft (0.8 million sq m) of commercial space is under various stage of construction, and is likely to be completed in next three years.

Space taken up by Co-working companies saw a tremendous growth in 2017 (50%, as per JLL estimates).  This trend is likely to continue in 2018. It is one of the biggest disruptions in commercial real estate sector. It is estimated by JLL that an investment of USD 400 million can be expected in Co – Working spaces by various players in 2018.

Retail properties saw significantly less rental value appreciation, especially in the National Capital Region, Mumbai and Bengaluru fared better. Although investments into retail real estate has been showing growth in Tier II and III cities. As per a JLL report, between 2015 and Q3 2017, 54 per cent of investments in retail real estate happened in Tier II and III cities, exceeding those in the metros. Investment largely took place in cities such as Pune, Bengaluru, Amritsar, Indore, Ahmedabad and Chandigarh. Retail real estate is facing tough competition, from e – commerce industry, but growth of online shopping has resulted in increased demand for warehousing space. But in contrast to this online vs offline competition, e commerce giant Amazon has been opening in brick and mortar stores since 2015. In 2017 Amazon made its first such investment in India, It invested USD 28 million in Shoppers Stop, thus gaining access to 80 physical stores.

“Co–working spaces
would be a booming segment
in commercial real estate.”

GATE score got you down? 7 options for civil engineers