The Management of Construction – An Art, Science or Fiction

The Management of Construction – An Art, Science or Fiction 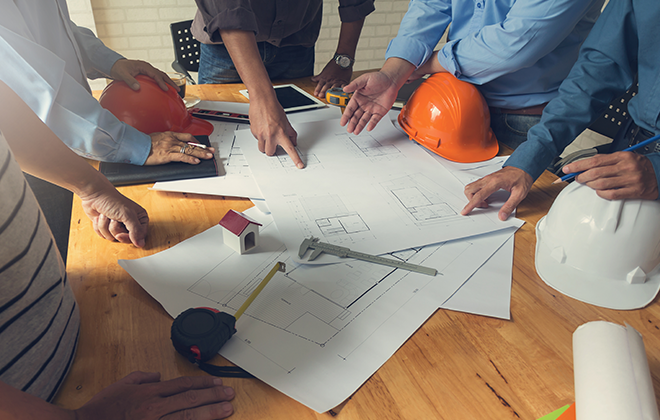 Can we think of a white collared job while working on tough projects in hard and harsh environment? Does management finesse and “corporate styles” vanish on projects which have nothing to offer other than hardship and toil. Does construction require “management”, “strategy” and “grey matter superiority”. Well not really?

Construction has always been the forte of the brave, rugged and the rough. What will an MBA graduate from an elite institution do on a construction site, won’t he be a misfit, a round peg in a square hole, a bolt from the blue. Isn’t management education required only to sell insurance, credit cards or biscuits.

It’s quite hard to see a management graduate standing on a site staring at a concrete batching plant and thinking what is so great about this machine and what management concept can be applied on this dead machine. Is it even worthwhile to think about such things or just a waste of time? Then he realizes that he had heard of something called Supply Chain Management while he was half-heartedly pursuing his MBA programme. He then tries to corelate what this concept could possibly do in the management of a project. First, he thought “how much” this can produce so he went to the Batching Plant operator and asked him this question. The batching plant operator who was a class 4 dropout told him that it’s not “how much” it “how much concrete”. The MBA graduate realized that this machine is there to produce something called concrete, so what's so great about that material. It seemed very insignificant to him, he let it rest there.

While the MBA graduate walked disinterested on the site he saw two men engaged in a fist fight. One of them was, what people referred to him as a shuttering contractor and the other was the site engineer. They were on top of their voice, fighting over something very important. The MBA graduate gathered his courage and went closure to listen to what was the bone of contention. He overheard three words, concrete, concrete and concrete. He was stunned as to why these men were fighting on something so insignificant as concrete. What was so critical that they came down to a fist fight, he wondered.

With his confused state of mind and hot sun grilling him through, he entered an untidy office with drawings littered, samples of building materials lying around, some weird charts with colored bars on pin up boards, a person using something like an extendable scale drafting lines on a drawing board and to top it all a person shouting at the top of his voice, “ can someone give me the inventory and labor report for today?” The MBA graduate now seems lost and deranged, he feels that this place is a replica of hell as everything seems to be in a chaos, he is in the wrong place. While he is thinking and is about to run from the place, a soft hand lands on his shoulder with a strong voice saying, “can I help you son”. The MBA graduate feels comforted seeing an old man and says that I have been in the place for the last four hours and my experience is horrible. What is this place, I just see heavy machinery, angry people, hear shouts and no one responds to me even when they see me? To this the old man says that this is a temple of creation; the machinery are the tools, the people are the medium and the drawings are the scriptures. If you understand them you create wonders, if you don’t then they are just too heavy to tackle.

On hearing this the MBA graduate got interested in this philosophy, he asked the Old man that what is the possible use of bringing a young MBA like me here. I think I am too educated to spend my precious life here, what will I achieve. To this the old man replied, can you name the Seven wonders of the world. The MBA graduate started thinking and realized that all of them were structures constructed by humans. Now he seemed more interested in the words of the old man, he asked why the two men were fighting back there and that too for concrete. The Old man said, they were fighting for concrete because that is the slowest activity in the project and the costliest too, so if they delay that activity or waste material then their profits will get hit. The MBA graduate quickly corelated this to his lessons on Finance Management. The old man said whatever you see happening on site is either cost, cost value of time or cost of space. There is money everywhere but not in the form of currency.

The MBA graduate jumped in discovery and realized that the old man is talking about planning, organizing, directing and people management. He also realized that management of unknowns which he in MBA had read as risk was managed by loud retorts and bar charts. As the evening started to grow on the MBA graduate he realized that all what he learned in MBA (and a little more) was visible around him in great clarity and in just one day. He thought to himself what a classroom this is, just fantastic.

Well now you must be thinking who this young MBA graduate is, this will be YOU. And who possibly is this old man, well that is RICS and who is the site, The Built Environment.

Come to RICS, experience Construction knowledge, the way you would not have perceived it ever!