Latest developments and potential challenges in Concrete Technology – an overview

Latest developments and potential challenges in Concrete Technology – an overview 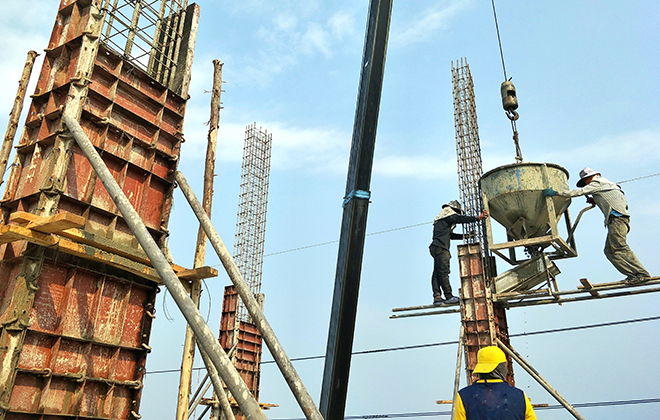 Concrete is a man-made building material most commonly used around the globe by mixing cement, water, fine and coarse aggregates which is termed as conventional concrete. It is the most accepted construction material because of its mould-ability to any desired shape and its relative low cost as a finished product. Globally around 11 billion tons of concrete is produced annually. As per The Economics Times in Financial Year (FY) 2017-18 India has produced nearly 455 million tons of cement and ranked second largest producer of cement in the world. The housing and real estate sector is the biggest demand driver of cement, accounting for about 65 per cent of the total consumption in India. The other major consumers of cement include public infrastructure at 20 per cent and industrial development at 15 per cent. High rise in cement demand is due to the Government of India’s initiative to boost real estate and infrastructure sector, such as 100 smart cities, housing for all, new industrial corridors, metros, new airports etc and it is expected to grow by 4.5% in FY 2019. Tremendous growth of concrete use in construction industry worldwide has resulted in a major carbon dioxide (CO2) emission causing global warming. With every ton of cement produced, almost a ton of CO2 is emitted. Apart from this construction waste is a growing problem in many countries. Recently Supreme Court of India has imposed a ban on all construction activities in three states namely Madhya Pradesh, Maharashtra and Uttarakhand over their failure to deal with construction solid waste management including concrete waste. Till now there is no viable material which will replace concrete.

Environmental rules and regulations associated with construction industries in terms of CO2 emissions, scarcity of natural resources, construction wastes and sustainability are coming under examination. In the best interest of the people the state governments are framing stringent policies for efficient solid waste management. This has led many researchers to carry out tremendous work in concrete technology in reducing greenhouse gases, recycling construction wastes, preserving natural resources and developing innovative construction materials. The easiest and most effective way of reducing greenhouse gases is to replace cement partially with other cementitious materials, such as fly ash, silica fumes, spent catalyst, ground granulated blast furnace slag, pulverized-fuel ash, Metakaolin etc., thereby reducing the amount of cement per cubic-meter of concrete. In addition to this, different kinds of fibers, such as, steel, glass, synthetic and carbon are used to improve mechanical properties of concrete. Chemical admixtures, such as, plasticisers, retarders, accelerators, air entraining agents are used in production of modern and advanced sustainable concrete. There are successful efforts in recycling concrete demolition waste. Recycled aggregates are used in preparing lean concrete. Usage of these innovative ingredients has produced advanced and innovative concrete, such as, high performance concrete, ultra-high performance fiber reinforced concrete, self-compacting concrete and high strength concrete are few to mention.

However, mix design methods of such advanced and innovative concrete is complex and difficult to model using conventional methods. To design high performance concrete, conventional method is used which are based on previous experience and empirical relationship, however these methods are incapable of modelling due to complex relationship between concrete mix ingredients and the final concrete properties. Guang and Zong (2000) has identified eleven factors influencing compressive strength of concrete, such as, grade of cement, water cement ratio, dosage of water, dosage of cement, minimum size of coarse aggregate, fine module of sand, sand aggregate ratio, aggregate cement ratio, slump, effect of admixtures and dosage of admixtures and revealed that there is a complex relationship between these factors and concrete strength.

To design the optimal mix for such advanced concrete technical personnel has to carry out several mix proportions, which is time consuming, wastage of materials and increase in cost of concrete productions. According to Ozcan et al., (2009) “the current empirical equations and standards for estimating compressive strength are based on test of concrete without supplementary cementitious materials.” Author has developed self-compacting concrete using oil refinery waste spent catalyst and experienced that to design self-compacting concrete having acceptable flowable behaviour and mechanical property one has to manipulate several mixes which is time consuming, further they revealed that due to absence of theoretical relationship between mixture proportioning and measured engineering properties of self-compacting concrete makes it more complex. Further, Poon et al., (2013) noted that it is very complex to design the mix proportions using recycled aggregates since they are different in composition and properties compared to natural aggregates.

Based on previous investigation author revealed that the concrete mix design and prediction of parameters associated with advanced concrete technology with current standards is complex, costly and time consuming. Author suggest that Artificial Intelligence such as Artificial Neural Network, Fuzzy systems, Genetic Algorithms, Support vector machines could be successfully used in solving problems associated with complexity, and non-linearity in designing advanced concrete leading to viable solution.