Are Indian Smart Cities furthering the exclusion of the marginalized?

Are Indian Smart Cities furthering the exclusion of the marginalized? 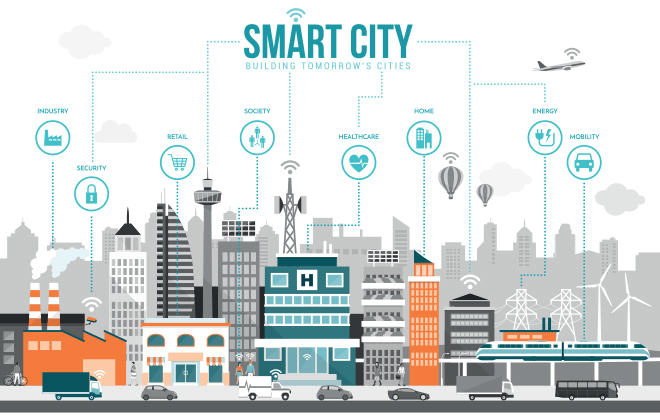 India is one of the most unequal nations in the world, 12th to be precise, where the richest 1% own more than 53% of the country’s wealth, according to the Global Wealth Report 2018 by Credit Suisse. With the global wealth trends harking back to the pre-financial crisis times when the median income rose somewhat uniformly after the advent of the 20th century, India still shows signs of staggering inequality in the face of growing population and rapid urbanization.

With the urban areas slated to house more than half of India’s population by 2030, it has now befallen upon the institutions of these cities to choose a path of equitable and inclusive development if we are to see the collective growth of the cities and the country at large. It has been a known and accepted fact that international financing agencies are largely focused on rural development projects as has been the trend since independence, leaving the urban areas on the mercy of self-financing ways to fund their amenity focused projects. The state of affairs by 2012 (RBI Annual Report) had the rural and urban poor (below poverty line citizens) constituting 25.7% and 13.7% of the total population, respectively. But this divide is narrowing faster than expected, further straining the scant resources that cities have to sustain their residents. This owes to a huge influx of economic migrants from the hinterlands thronging to these ever-expanding urban agglomerations in search of better opportunities than the rural heartland has to provide.
To alleviate this predicament the governments at both the central and state level have introduced schemes and programs which have often been proven to be proverbial ‘Band-Aids’ when the urban economy needed systemic policy intervention accompanied by a long-term growth strategy and acceptance of the fact that cities are the de facto centers of growth (cities currently contribute 68% to the country’s GDP while taking up less than 30% of India’s geographical area). Among the plethora of current state-sponsored development schemes, however, the ‘Smart City Mission (SCM)’ is now being heavily criticized for furthering the inequality that has plagued the urban landscape post-independence. Launched under the aegis of the Ministry of Housing and Urban Affairs of the Government of India in 2015, SCM envisions to be the guiding light behind the new wave of rapid urbanization and lead it into the technology-driven future that several of their global counterparts have already embraced. Unlike other successful models like Shanghai, Tokyo, Curitiba, Singapore, London, Barcelona, etc., India’s vision is to merely push the cities into action by providing them a platform and creating a competitive culture by organizing funding rounds for the best pitches, in essence creating startups and providing them seed capital where the winning cities can go on and secure further funds to provide for their ambitious visions for growth. This can be gleaned from the mismatch of government funding of just 200 crores against 3-4000 crores worth of projects envisioned by every city in the smart city challenge. However, in the race to create swanky new smart infrastructure projects and central monitoring facilities, cities tend to overlook the most marginalized sections of the society, the urban poor. The very nature of urban poverty poses divergent challenges in the form of shortage of housing, water, sanitation, health, education, and social security, especially for vulnerable groups such as women, children and the elderly.

The most obvious proof of this can be seen from the fact that more than 80% of all smart city project funding goes to develop a meagre 2.7% of the city area. Official data obtained from the Ministry of Housing and Urban Affairs show that of the total INR 1.31 lakh crore proposed to be spent on the 59
cities (first batch of 59 cities) from 2015 to 2020, INR 1.05 lakh crore will be spent on Area Based Development (ABD) component. This refers to pockets in the selected cities that will be made ‘smart’ with a combination of IT and infrastructure projects such as Wi-Fi hotspots, sensor-based public lighting, redesign of streets, zones promoting start-ups and multi-modal transit points. The proposed expenditure on the mission’s other component ‘pan-city projects’, or those that cover entire cities is only INR 26,141 crore. Besides, the total area of these pockets covered under ABD in the 59 cities is 246 sq. km., which is just 2.7% of the total area of these urban local bodies – 9,065 sq. km., according to Census 2011.

This is emblematic of the disconnect that plagues the institutions behind these smart cities and the people inhabiting them, as Charles Darwin said, “If the misery of the poor be caused not by the laws of nature, but by our institutions, great is our sin.” Thus, if the divide between the rich and poor has to be reduced, urban institutions have to envision even more inclusive cities while accommodating the needs of the lowest strata.

Disclaimer: The views and opinions expressed in this article are those of the author and do not necessarily reflect the official policy or position of RICS India.